Win-lose deals – done at the point of a gun – tell you little.

BILL BONNER
Everything is built from the same atoms. We all have the same basic matter at hand; it all depends on how we put it together. A skyscraper is nothing more than various basic elements… assembled in a certain way.

Poor tribesmen in the Amazon don’t know how to do it; rich people in New York, Tokyo, or Paris do.

The difference is knowledge. It tells us how to build a nuclear power plant… or make ice cream. Information and knowledge are also critical to an entire economy. How many ice cream parlors do we need… how much steel should we produce… how do you make a hit TV show?

But there are two forms of learning – technical and social. They are both essential to civilization and our advanced living standards. And they are very different.

Each generation stands on the shoulders of those that have gone before, adding to its ability to bend the world to do its bidding. Social learning increases, too – to a point.

But social learning tends to be more cyclical and less subject to intentional manipulation. One generation is as likely to lie at the feet of the one that preceded it as to stand above it.

Humans can build bridges – intentionally – by using their brains and the accumulated knowledge available to them. But they can’t necessarily build a better society that way.

The “game” of life is a learning game. The participants learn every day. Then, they apply the lessons… continue playing… test further… and learn more.

Progress itself is a result of accumulated knowledge. You try something. You see what works and what doesn’t. As people experiment in this way, they learn… and the economy accumulates knowledge and wealth.

When we think of “progress” or “wealth,” however, we think of stuff – cars, monorails, iPhones and air-conditioning. It’s hard to imagine any other kind of progress.

But there is social progress, too – innovations in the way people get along with one another, do business, and cooperate. These too, build up as a form of social capital.

Some of the most basic forms of human social innovations predate the evolution of our species. Things such as smiling at one another to signal peaceful intentions or the division of labor between the sexes.

Then, there are things such as getting to work on time… saving money…“early to bed, early to rise”… property ownership… and simply working hard (an innovation that developed after the Agricultural Revolution).

It would be no use in discovering the formula for open hearth steel-making if you couldn’t accumulate capital, hire able, willing workers, protect your property… and so forth, all of which require a common understanding of how to act.

The most important innovation was the one that made it possible to learn from each other – the basic principle of reciprocity that allows us to give and take information, as well as stuff, without being afraid of being ripped off or murdered.

Both social and technical innovations result from the exchanges it permits. This social innovation was probably birthed by necessity. On the African savannahs, man’s ancestors had to learn to cooperate, to hunt and fight together, or they would have been dead meat.

Today, the learning continues. Can you make a profit by selling ice cream cones to Eskimos? What is the real price of capital? What will happen if I ask the girl for a date?

Life gives you the answers. But it must be allowed to speak the truth. Bring out a pistol and the room goes silent. Win-lose deals – done at the point of a gun – tell you little.

Societies, or more modestly, groups of people, learn from their experiences and follow up, applying the lessons to do better in the future.

But that involves a process that the economist Joseph Schumpeter described as “creative destruction.” Win-win deals create. But they also destroy, regularly ditching mistakes. Otherwise, bad chefs stay in business… bad drivers stay on the road… and bad money stays in circulation.

Of course, no one wants to admit failure or see his business go belly up. He will ask the authorities for a handout, a subsidy, or a protective tariff to help him stay in the game.

But then… learning… innovation… and experimentation slow down. Old businesses are kept alive; geriatric governments are propped up by propaganda and armed guards; new choices are squeezed out by gun-backed monopolies.

When a company goes bankrupt, it should be taken out and given a proper burial. This would liberate time, money, and resources for other projects. Keeping it on life support, on the other hand, by providing below-market financing… and rewarding its managers with million-dollar bonuses… sends the wrong signal.

Imposing a winner, too, distorts the picture and stops the learning process. It is like the “intelligence” tortured out of a prisoner; rely on it at your peril.

Governments can stop social innovation, too, for a while. They can create new memes, ordering people to wear the same clothes – like the Mao jackets in China – to address each other in an approved manner, and to use words and ideas that are acceptable to the ruling classes.

As we will see more clearly later, “reality” consists of conventions, ideas, protocols, fabrications, myths, and lies – things that aren’t real at all. Prominent among them are the taboos and codes that have arisen over thousands of years.

They developed freely, without anyone’s say-so. But the authorities find they are easy to manipulate, too. Recognizing that this reality is not a physical, objective thing, but merely the furnishings of a civilized mind, elites are always tempted to redecorate… and always with appalling consequences.

Thus, does reality bend in their direction… until it snaps back suddenly.

Without the heavy hand of man-made law, on the other hand, the give-and-take, provides essential information. Humans want silks, frescoes, lamb with mint sauce, and slaves to do their bidding.

They want these things because they give them status, theoretically improving their mating opportunities. But how could anyone know what these things were worth or to whom they should belong?

The idea of status is to impress others. Should you buy a polyester leisure suit or a house in the Bronx? How could they keep track of the currents of fashion and technology?

Win-win deals were the only way, letting markets tell their tales. Voluntary buying and selling discovered prices. Not only did these prices inform the whole system, as noted above, they also directed output towards the things people actually wanted.

People got more of what they wanted because they bid for them on the open market. Knowledge comes from conducting trial-and-error experiments – millions of win-win deals… social, commercial, and technical… over many centuries.

People don’t have to know how an internal combustion engine works; they can just turn the key. And they don’t need to figure out why they don’t kill each other or why they get up early, comb their hair, and get to work. They just do. And doing so gives the group an advantage over those who don’t.

World improvers, do-gooders, and pathological maniacs may have their own ideas. But the only way to increase human satisfaction is to back off, and let people seek it, in their own way. Freely.

As people compete with one another for status, they find new and better ways to express it.

Art, manners, dress, output – all are trappings of the civilizing process. More important, as they try to satisfy each others’ needs and wants, they develop keen sensitivities to others.

Pretty soon, they’ve forgotten they ever wanted to kill them. 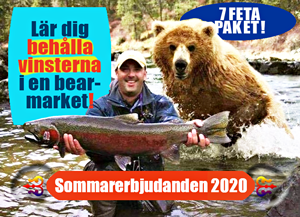